PROJECTS > Reading Between the Lines

Reading Between the Lines, exhibition view 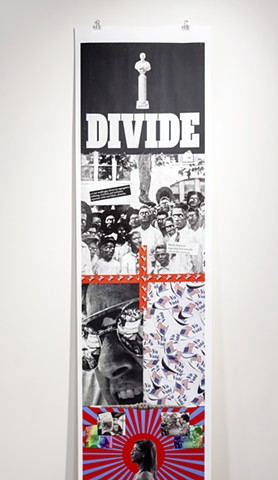 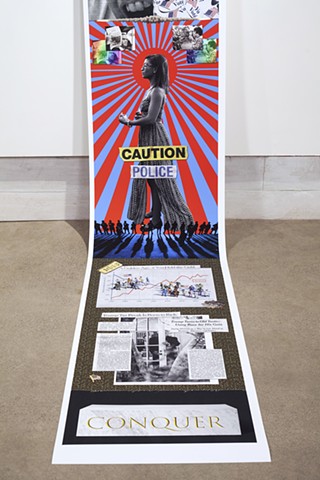 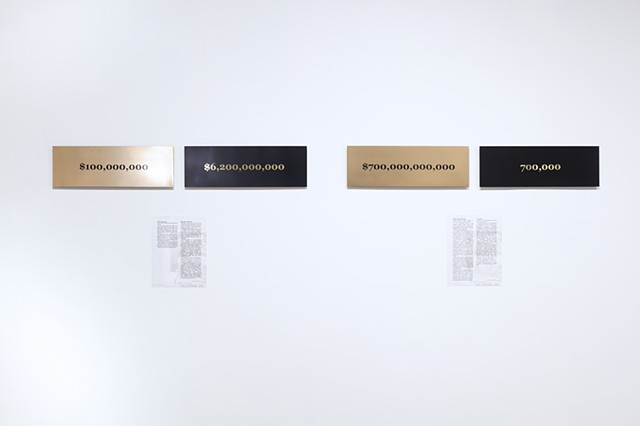 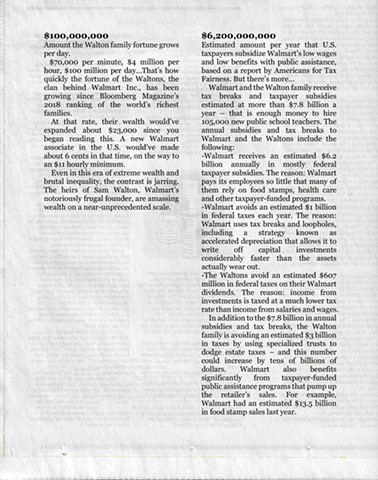 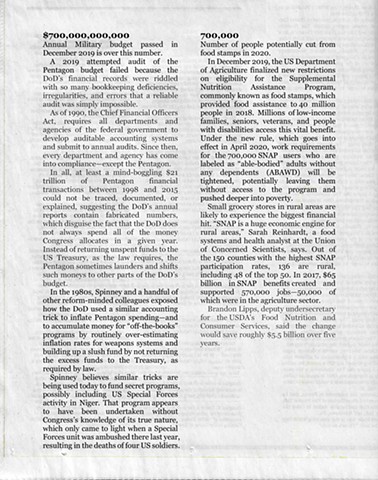 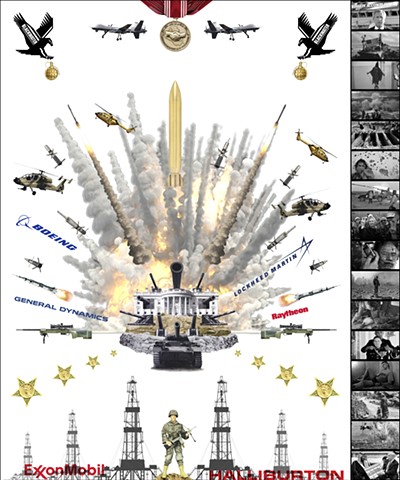 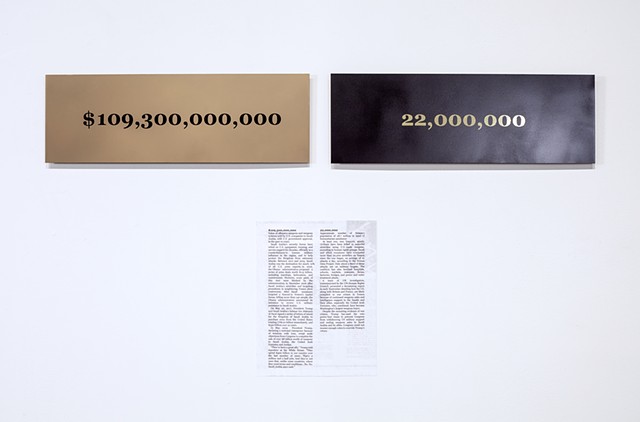 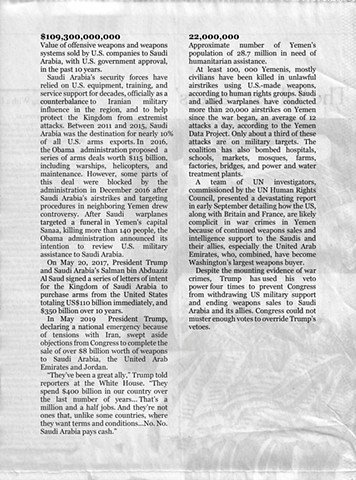 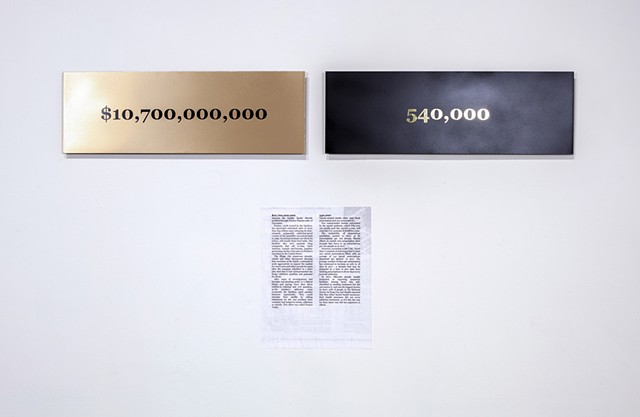 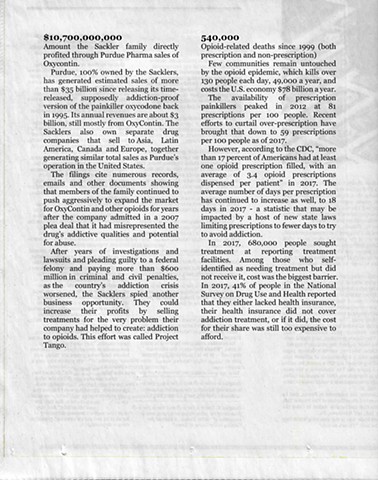 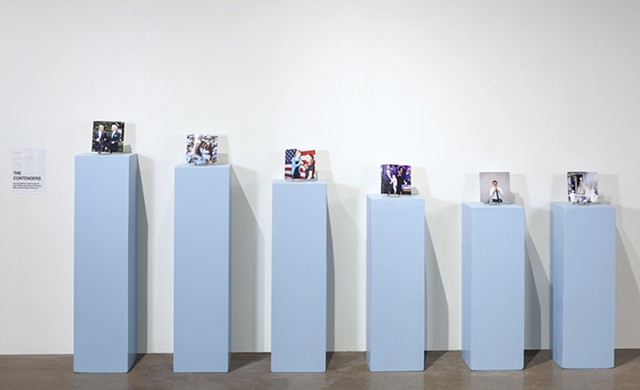 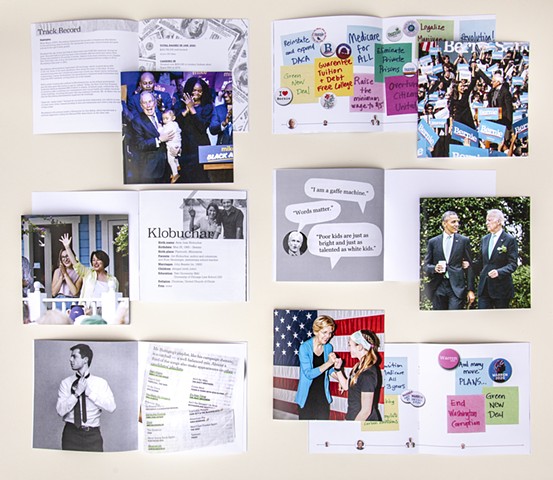 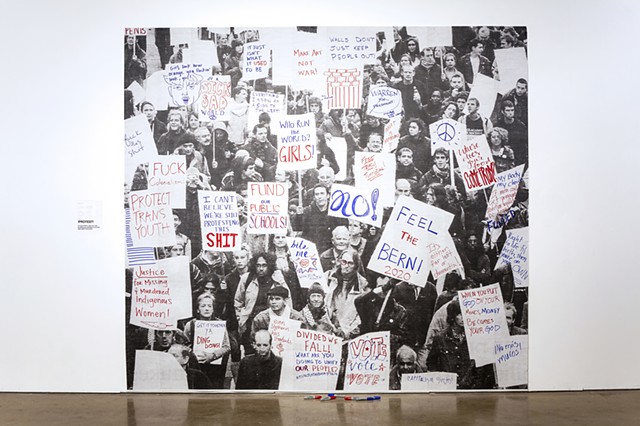 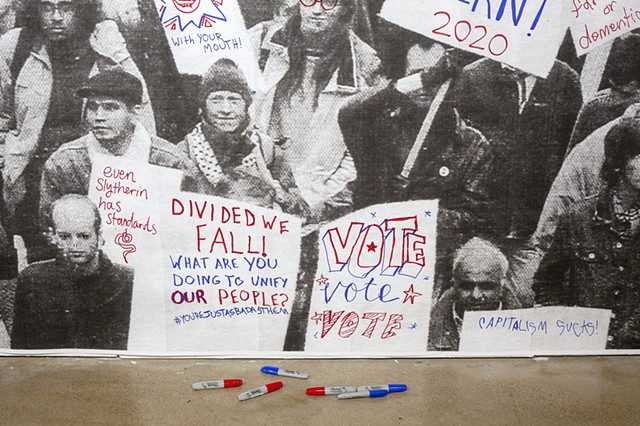 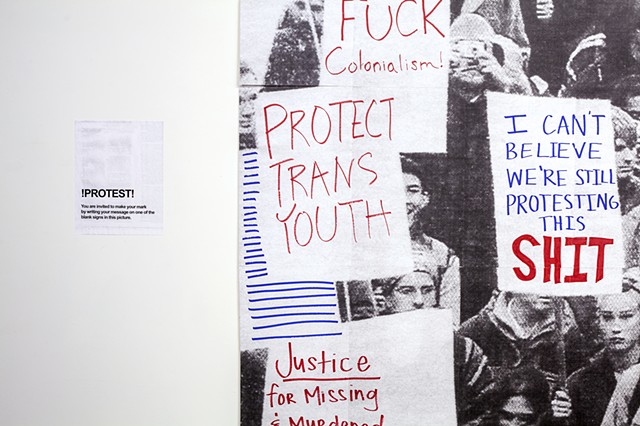 The exhibition Reading Between the Lines opened March 2020 in the midst of the Democratic primaries and focuses on themes of protest and economic inequity. The Oldest Trick in the Book addresses the idea of “divide and conquer”, a classic political strategy used effectively today by the ruling establishment to keep the masses at odds, and, thus, diminish their power in the face of great economic and racial inequity. This digital collage acts as a loose timeline of events from the Jim Crow south to the present, scrolling onto the floor to physically divide the space. Imagery pulled from the NYTimes, as well as online media sources and the book Without Sanctuary, is altered and assembled in the style of agitprop and street art, with protestor Aisha Evans as the central heroic figure, the calm within the political storm. The Contenders is a series of zines, each dedicated to one of the Democratic primary candidates. The zines were displayed on a row of pedestals of varying heights, arranged to resemble a bar graph measuring the status of each candidate in the race—the zines could be moved each week according to how the stats changed and who was in the lead. Each zine contains information about the candidate’s biography, political track record, campaign platform, rally playlist, notable supporters/endorsements, money trail, and media spin, as well as entertaining quotes, memes, and merch. The tone of the zines is light-hearted to encourage engagement. The suite of four diptychs titled The Gap more seriously addresses the increasing human costs related to an economy designed to support corporate interests rather than human and environmental well-being. Each diptych balances corporate or military intake with human costs. The accompanying text is a sampling of information gathered to create a concise and informative report in support of the numbers. The Theater creates a spectacle of the American military industrial complex, visually representing narratives spun to manufacture consent for regime-change wars waged for profit. A color palette of gold and black juxtaposes motifs of money and death (or loss) in these works. !PROTEST! was hung with blank protest signs and markers on the floor so the viewer could write in their own message of protest in the gallery, providing an interactive environment for dialogue. Creating this work is my act of protest and outrage at the current state of affairs. Some works were made in collaboration with Jenna Brouse.