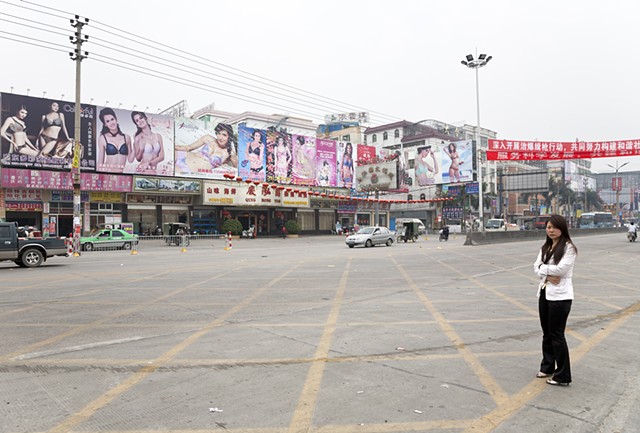 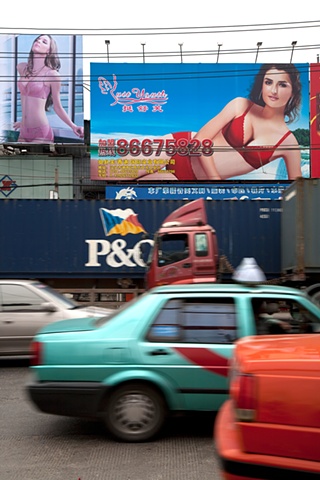 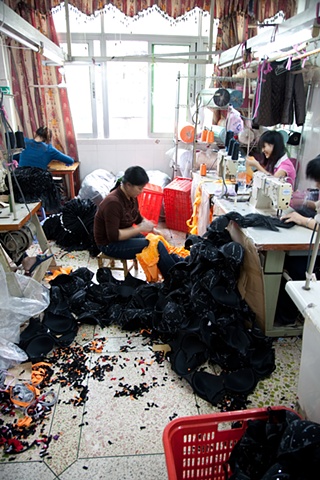 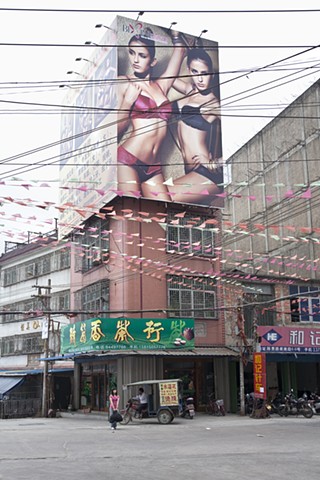 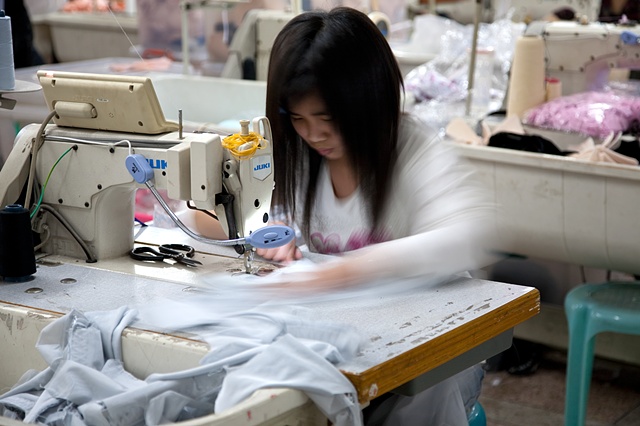 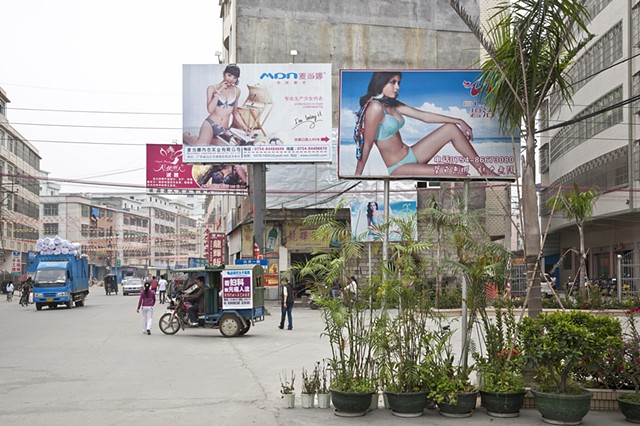 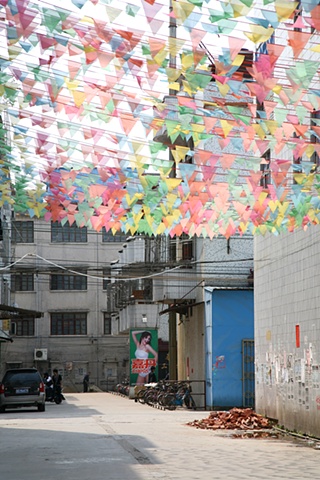 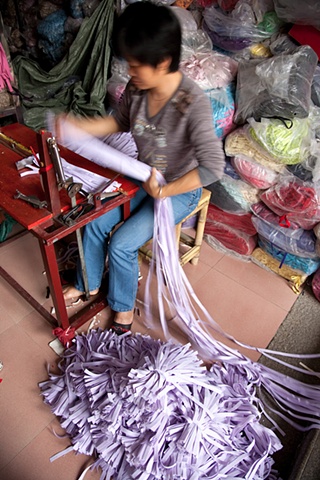 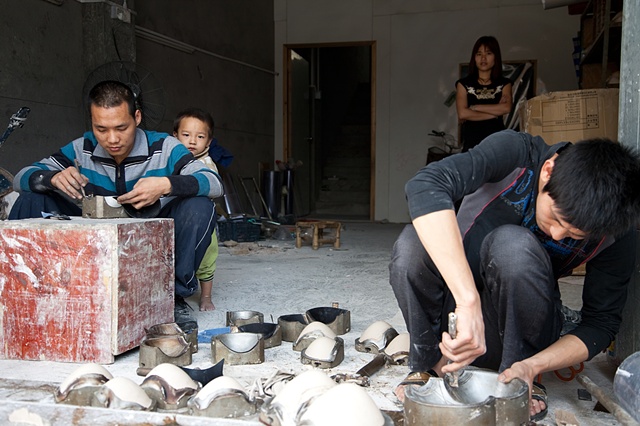 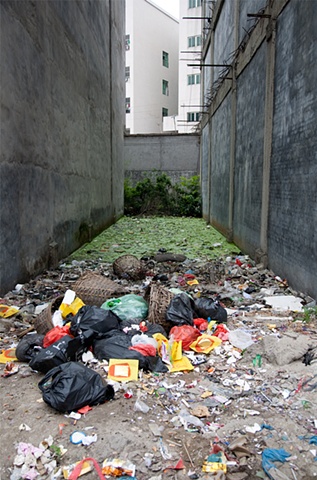 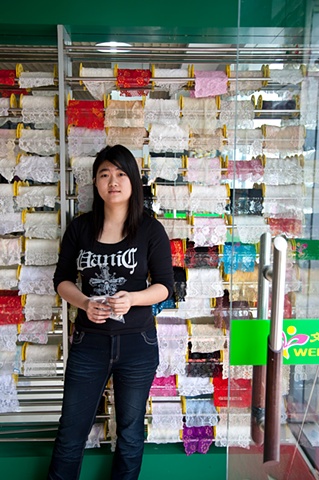 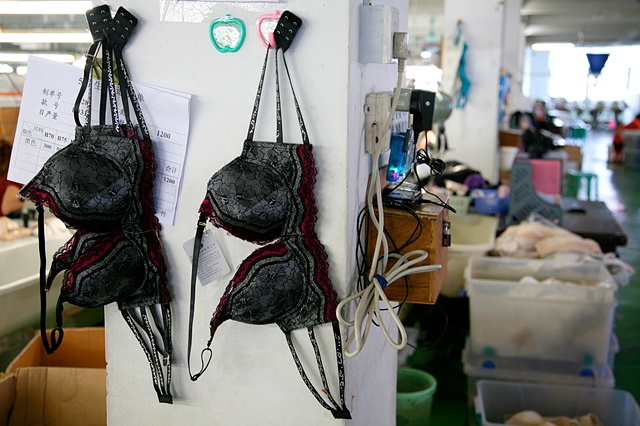 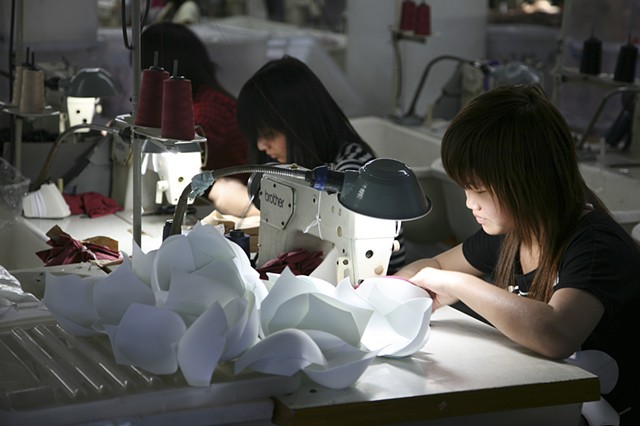 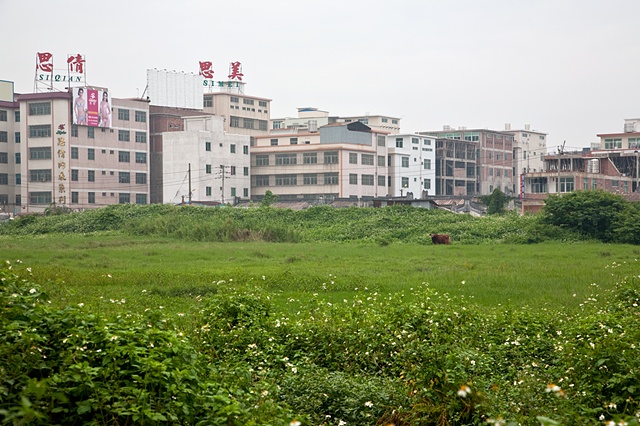 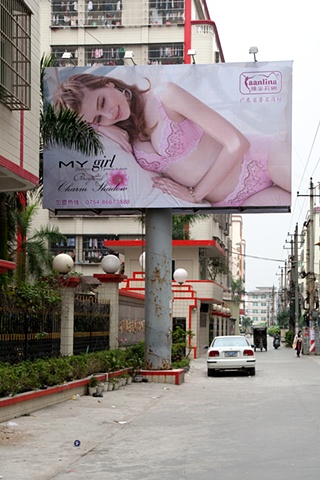 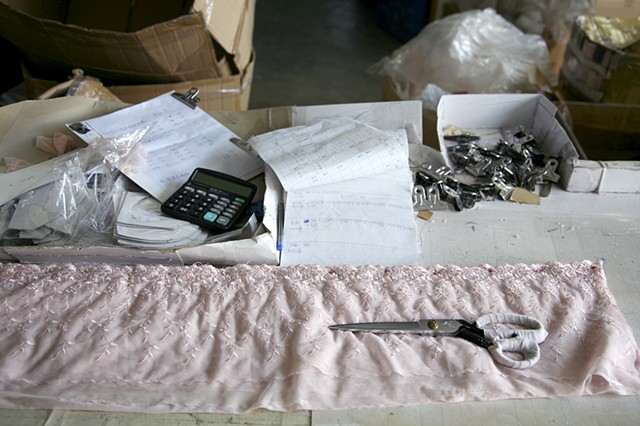 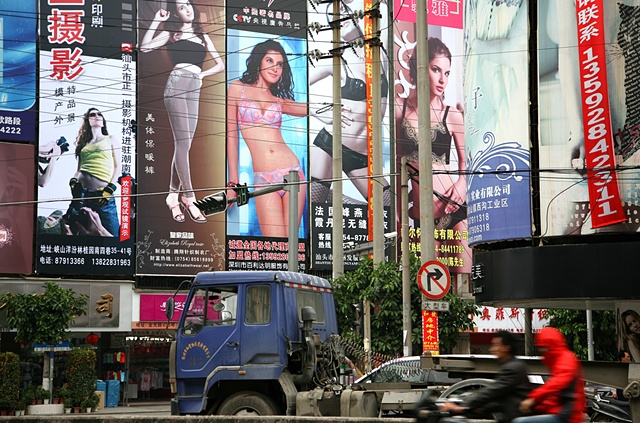 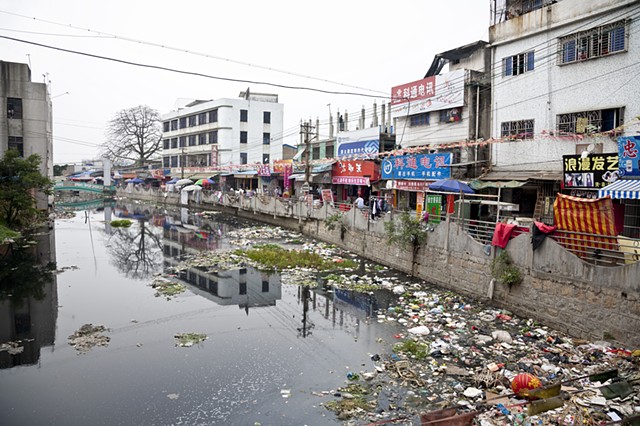 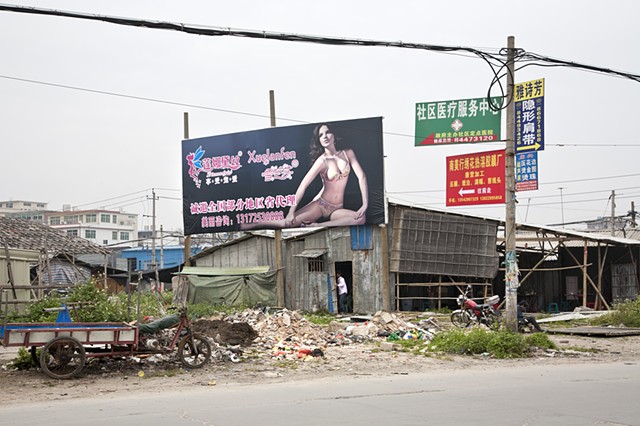 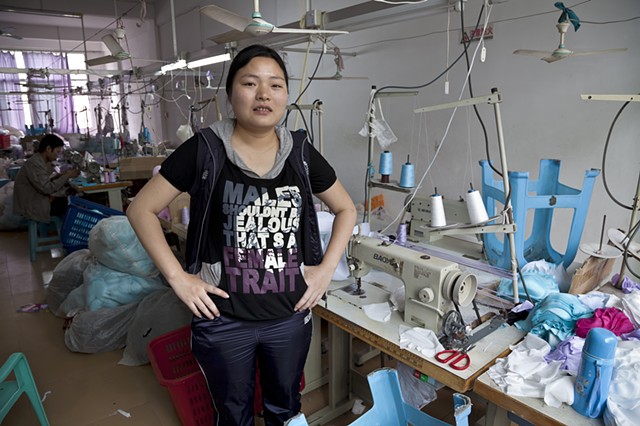 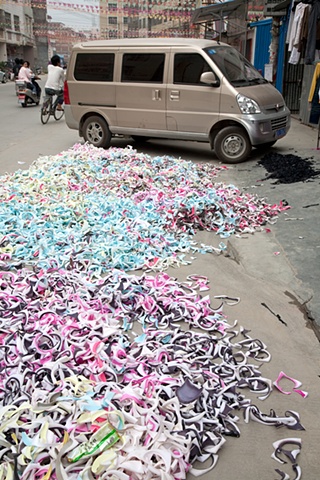 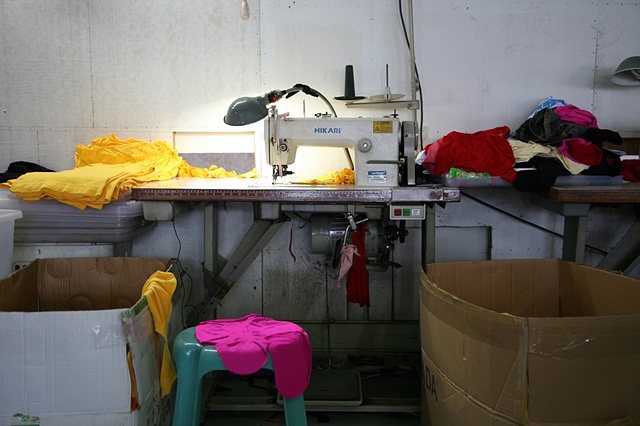 China’s industrial revolution created densely focused areas where the manufacturing of one product defines entire communities, towns, and regions. The Road to Shantou explores a manufacturing district in Shantou where most of the brassieres in the world are made within the 50 square mile area between Chendian Town, Chaonan and Gurao Town. Each city block is composed almost entirely of businesses oriented toward this single purpose: shops selling sewing machines, surveillance cameras for factories, material and lace, and extra inventory of undergarments; small cottage industries making bra straps, bra cups, bra-pad molds, and shipping containers; large gated factories or freestanding compounds with showrooms and dormitories for migrant workers. The proliferation of images of women in bras and underwear, as advertised on almost every possible surface up and down the streets, is all the more startling when considering China’s history of valuing female modesty. The obsequiousness of such imagery in this area speaks to changing moral codes in China as well as the dominance of industry.